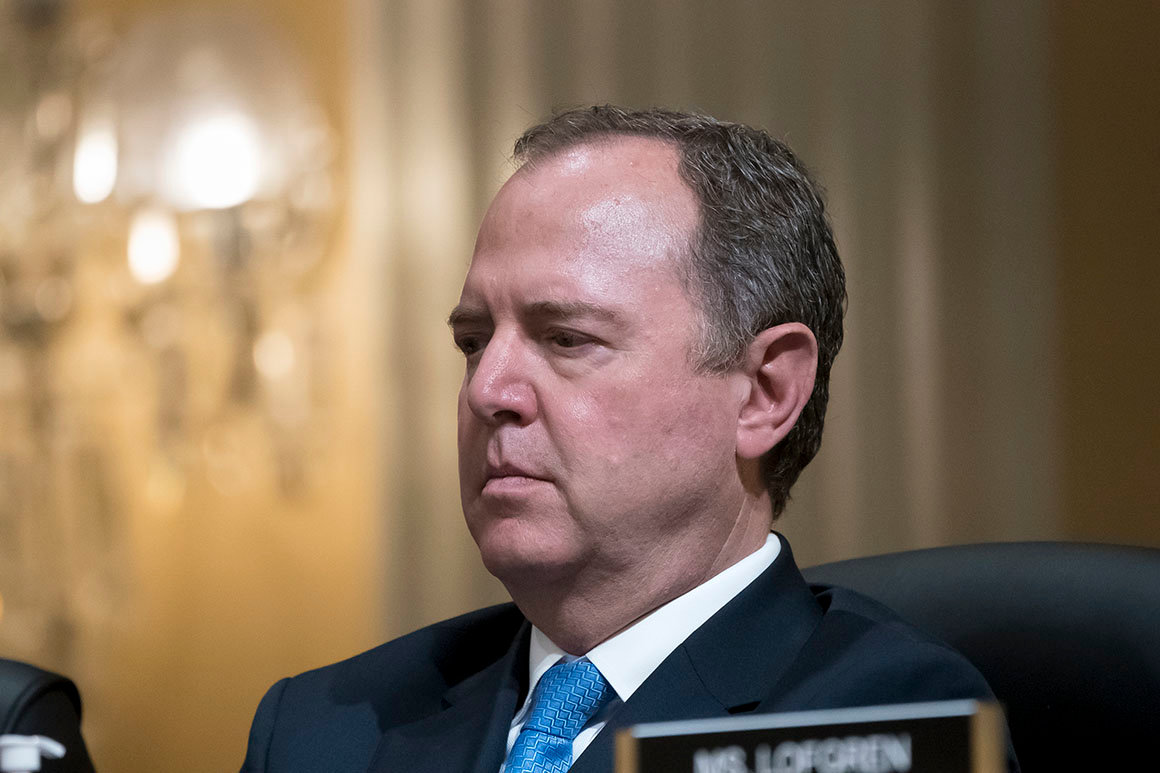 Donald Trump's attempt to overturn the 2020 election depended on one key thing that he never received: the blessing of Republican-controlled state legislatures. But it wasn't for a lack of trying.

The select committee intends to lay out Tuesday how Trump leaned on statehouse Republicans — from Pennsylvania, to Georgia, to Michigan, to Arizona and others — to pull off a scheme that would culminate on Jan. 6, 2021, when then-Vice President Mike Pence presided over the counting of electoral votes.

Under Trump's plan, Pence would be presented with competing slates of electors — those certified by the governors, and those certified by state legislators — and he would assert the extraordinary power to choose which slates to count. But no state legislature responded to Trump’s demand, and Pence, without any genuine controversy, rejected the scheme as illegal.

In fact, the legality of the plan will be at the heart of Tuesday afternoon's hearing, which will be led in part by panel member Rep. Adam Schiff (D-Calif.). It's the select panel's fourth public hearing as investigators lay out their findings.

Trump-aligned lawyers concocted the effort, leaning on fringe constitutional theory and the guidance of John Eastman, a primary architect of the effort to pressure Pence on Jan. 6. Eastman himself acknowledged in emails obtained by the select committee that the Pence plan would be “dead on arrival” without the backing of state legislatures — yet he pushed ahead anyway, suggesting that the confusion around alternate electors would give Pence enough cover to act.

Trump’s own White House counsel’s office also raised doubts about the plan, according to testimony released by the select panel in court filings. And in the days before Jan. 6, Pence’s chief counsel Greg Jacob engaged in an intense debate with Eastman, contending that not a single justice of the Supreme Court would back his plan — a point he said Eastman reluctantly conceded.

Select committee aides told reporters Monday that the hearing would highlight new evidence of Trump’s direct awareness and involvement in the fake electors scheme. To highlight the issue, the panel plans to hear from Georgia Secretary of State Brad Raffensperger, his aide Gabriel Sterling and other state and local officials. Several of Tuesday's witnesses were subpoenaed to appear. Schiff told the Los Angeles Times Monday the panel would also highlight proof of then-White House chief of staff Mark Meadows’ involvement in Georgia.

Trump famously told Raffensperger on Jan. 2, 2021, to help him “find” the 11,000 votes he needed to win the state. The goal was to create enough uncertainty about the outcome to embolden Georgia lawmakers to adopt the alternative pro-Trump elector slates. Neither Raffensperger nor GOP legislators in Georgia complied with Trump’s push, and his effort in Georgia triggered an ongoing investigation by the Fulton County district attorney. Trump also directly barraged election officials in Michigan and Arizona and met with Republican leaders of Michigan’s legislature at the White House amid his efforts to tip the election in his favor. Some of the officials are expected to appear in video testimony presented Tuesday by the panel.

One of the legislators — Rusty Bowers, the Republican speaker of Arizona’s state House — rebuffed Trump’s pressure to appoint electors through the state legislature and is serving as an in-person witness.

Members of Trump’s inner circle began contemplating the notion of turning to state legislatures even before the election was called for Joe Biden. On Nov. 5, 2020, conservative attorney Cleta Mitchell — who had been leading preelection preparations for Trump’s legal team — reached out to Eastman with a request.

Eastman wrote a memo later that month, which was then forwarded to the Oval Office by Trump campaign attorney Jenna Ellis, according to documents obtained by the Jan. 6 select committee. As Trump’s legal challenges to the election began to fail and states began certifying Biden’s victory, Eastman began consulting directly with state legislators, encouraging some to simply retabulate their popular votes in order to show Trump in the lead.

The goal was ultimately to present Pence with an apparent controversy: competing slates of electors certified by different government bodies — governors and legislators. In fact, Jacob, Pence’s chief counsel, told the vice president at the time that had any state legislatures certified an alternative slate the outcome might’ve been different.

“A reasonable argument might further be made that when resolving a dispute between competing electoral slates, Article II, Section 1 of the Constitution places a firm thumb on the scale on the side of the State legislature,” he wrote in a memo obtained by POLITICO.

Even as rioters swarmed the Capitol on Jan. 6 and sent Pence, Jacob and lawmakers into hiding, Eastman leaned on Pence to single-handedly delay the count of electoral votes, citing the possibility that the Pennsylvania legislature would reconvene and adopt an alternative slate. But Pence and his team came to view the delay as a violation of the Electoral Count Act, the law that governs the transfer of power and the counting of electoral votes.

Eastman’s correspondence throughout the post-election period, including with another pro-Trump lawyer Kenneth Chesebro, shows the two grappling with the challenge of convincing state legislatures to adopt Trump slates of electors and building it into their plans. The two men helped contemplate the Trump campaign’s effort to assemble pro-Trump electors to meet on Dec. 14, 2020, and cast ballots as though they were the true electors from their states. Those false certificates have drawn scrutiny from federal prosecutors. Eastman and other Republicans have contended that those meetings were necessary in case any courts sided with Trump and tipped the outcome in his favor.

Several of the “alternate” electors for Trump have spoken publicly about their involvement, though it’s unclear whether any of their testimony to the select committee will be featured during Tuesday’s hearing.

Other items that may interest you

Great Lakes cruising season kicks off in Milwaukee with …

FIFA, the international governing body of association football,* has announced it will use AI-powered cameras to help referees make offside calls at …

EU forces Amazon to make it easier to cancel Prime …

Illustration by Alex Castro / The VergeAmazon has agreed to simplify the process of canceling Prime in Europe, meaning customers in the region will …